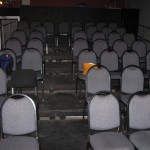 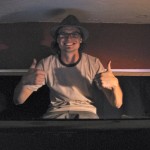 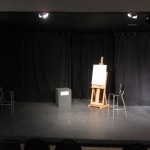 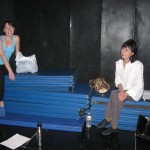 rehearsing in Phoenix, Lauren and Angela 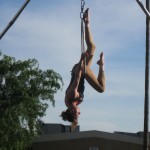 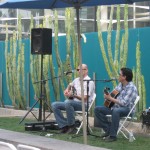 I’ve been back in Brisbane for just over a week, and the dust in my head is just beginning to settle. Here are some images from our time in Phoenix.

Everybody is keen to hear how we got on in Phoenix, and I am more than happy to report how well we were received, along with some of the great feedback we got from our audience members.

Some of Angela’s students who attended the Fringe performances were kind enough to give us permission to quote from the essays they wrote for assessment for their Film and Theatre Studies course.

Kathleen drew attention one of the benefits of a Fringe Festival, in that it introduces audiences to new venues:

“I attended “The Fall of June Bloom (Or What You Will) at Space 55 in Downtown Phoenix. It was performed in a small room, with space for about 50 audience members in stadium seating. I had never been to the venue before, and didn’t even know it was there until the performance. It was wonderful to discover another hidden gem in Phoenix, a city I spend a lot of time in for work and school. It was a quaint and intimate setting, and I will definitely look into future performances there.”

She described the production thus:

“Half the performance was an older woman struggling with identity issues and finding out where she belonged, and the other half was a young, sassy, stubborn college student interested in learning and probing into the lecturer’s life. Although their manners of speaking were the same at times, in the sense that they had steady voices, good projection, etc., they brought such different life experiences, ways of looking at things, and quirks in personality to the shared performance, that the contrast was well appreciated and understood.”

“In my opinion, the performance was intriguing and fascinating to execute a piece with Shakespearean presentation to the works of today’s realism took courage and a convincible aura of personality to be successful.”

Joe found the production to be a very new kind of performance:

“The play was set up as a classroom in a way. June Bloom was the teacher and we the audience were the students. I felt it was a very informal performance based on the relationship she established with the audience. The actress interacted with the audience on numerous occasions which gave the play a dimension I had never seen before.”

“I enjoyed the overall play because I had never been to performance like this one. It was something completely different which intrigued me. Both performers acted with great intelligence, emotion, and passion. It was a very impressive performance that I would definitely suggest to anyone.”

Thanks so much to everybody who contributed, to Micha and Dave for their wonderful hospitality, to Lauren and Angela for their beautiful energy, commitment and talent, to the Estrella Community College community for their support, likewise the Phoenix Fringe Festival folks, to all our audiences at Estrella and at Space 55 – and to the kindness of strangers who stopped to chat in cafes and bars, on sidewalks and waiting for a bus or a train. Phoenix, you rock.