“Yes! Because…” at the cornerHOUSE Theatre 23rd November 2019

“I loved the rap. Clearly, Shakespeare was a rapper in his day. He loved words – the sound and shape, the taste of words. Your portrayal of the sonnets showed us this. Thanks!”

“Yes! Because… ” at Westruther, Scottish Borders

“WOULD HIGHLY RECOMMEND YES, BECAUSE TO ANYONE WITH A LOVE OF MUSIC, SHAKESPEARE OR THE BRUTAL HONESTY OF LIFE IN GENERAL” 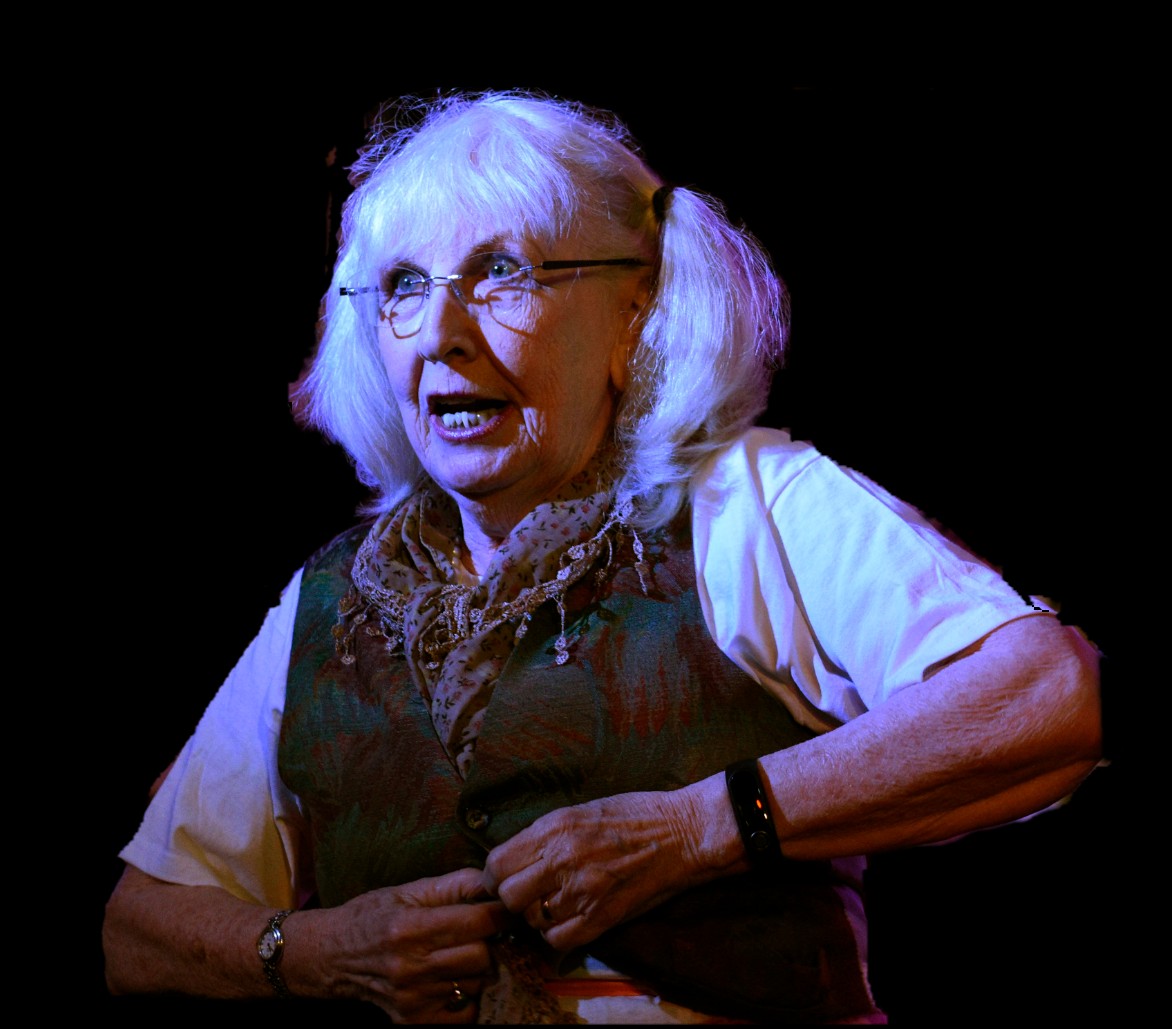 “The View from Over The Hill” is a one woman show, written and performed by Flloyd (with 2 Ells) Kennedy, and available to tour from 30 January 2020.

Singer-songwriter, poet and clown, Flloyd (that’s @Flloydwith2Ells) offers a  comic-ironic perspective on topics ranging from pot plants to Facebook and nuclear winter with affection, and wryly philosophical observations. Does being past 70 have to mean being past “it”?

“The View From Over the Hill” does what it says on the tin. With the long awaited benefit of hindsight and 3 ukuleles, Flloyd checks out some of the diminishing possibilities left to her as she slides precariously down the other side of the hill of life. She scrambles around an avalanche of memories, grabs at the branches of experience and succumbs to the urge to take the occasional poetic and musical swipe at the world around her – which appears to have lost the plot.

Flloyd’s poetry begins as stream of consciousness musings and ramblings which take the form of free verse, hinting at a kind of rap. If and when it evolves into a recognisable rhythm with a rhyming scheme, she sets it to music. “Yes! Because.. the Song” are available on CD, as well as online via Spotify, Apple Music, Amazon Music, Google Play, Deezer and other streaming services. Songs from “The View from Over The Hill” will be released in the new year.

“The View from Over The Hill” will be at the Brighton Fringe from 14th to 20th May., performing Upstairs in the Temple Bar.

and at the cornerHOUSE Theatre, Surbiton, Surrey on 29th May!